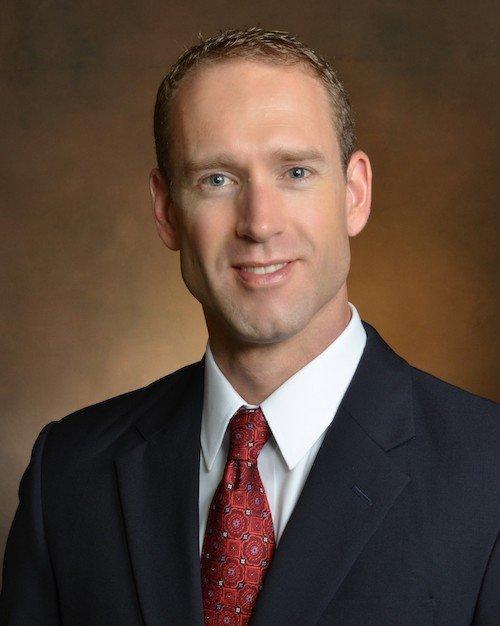 After growing up in Jackson, Dr. Ragon completed his medical degree with high honors at the University of Tennessee Health Science Center (UTHSC) in Memphis. He completed his residency at the UTHSC College of Medicine Chattanooga and served as chief resident in 2011. Prior to joining West Tennessee Bone & Joint Clinic, P.C., Dr. Ragon spent four years in the US Navy, where he was stationed in Guam and Pensacola, Florida.

Dr. Ragon’s parents are both nurses who have worked or are working at Jackson-Madison County General Hospital. His father is a nurse anesthetist, and his mother was a nurse in the gastrointestinal lab for many years and then worked at Kirkland Cancer Center before retiring two years ago.

Now back in his hometown, Dr. Ragon enjoys working with patients to help decrease their pain and return to their desired level of activity. He is grateful for the opportunity to take care of friends, family, and associates in the place where he grew up.

Dr. Ragon is married to his wife, Amy, and they have two children, Will and Jane Claire. They attend Fellowship Bible Church. His hobbies include duck hunting, fishing, running, cycling, camping, and watching Tennessee football.